A high pitched squeal echoes through the valley as the wily sika bounds off into his free range territory, displaying his flared out white rump patch. The Sika deer glances back just for a moment before silently disappearing into thick cover without even the telltale sound of a branch moving or twig breaking.

The Sika deer herd at Kaweka Hunting is known in New Zealand for its impressive genetic quality, with a possible World #2 taken in April 2008. Our superior herd is highly sought after, with several large trophies over SCI 140 taken each season. Sika deer are a favourite of many New Zealand hunters and of international trophy hunters alike. Regarded as a handsome deer a sika stag makes a beautiful trophy. Exciting to hunt, sika are particularly vocal when disturbed or alarmed.

Liberated into the nearby Kaweka Ranges during 1905, New Zealand’s only free range sika deer herd is located in the central north island. Authentic free range sika hunting is accessible from our wilderness hut at the top of our ranch, where hunters can camp out for a night or two. Typical Sika have 8 points (4×4) and are significantly smaller than red deer, with a dark ‘dorsal’ strip running from neck to tail. 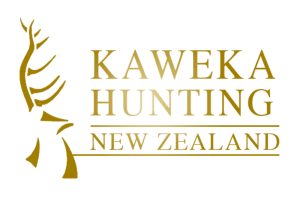